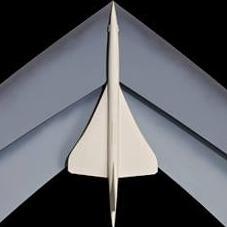 This livery is of the latest addition to the fleet of 412 Squadron of the Royal Canadian Air Force.

412 Transport Squadron is based in the Ottawa, Ontario in Canada’s National Capital Region. The squadron maintains a three-hour notice-to-move posture 365 days a year in support of Government of Canada and Canadian Armed Forces global transport requirements. Though primarily known for VIP transport, the CC-144 Challenger is also capable of command-and-liaison and emergency medical evacuation roles in support of CAF operations.

The squadron is part of 8 Wing Trenton and is based out of the Pilot Officer John Gillespie Magee, Jr. Annex at Ottawa's MacDonald-Cartier International Airport (CYOW).  The Annex is named for a 412 Squadron Spitfire pilot who wrote the highly popular poem “High Flight”.

Check out the customization of the FBO reidentified as the PO J.G. Magee, Jr. Annex.

If you don't want the custom FBO textures, remove the following files from the livery Objects file:

A YouTube video of the aircraft leaving the Bombardier factory in Montreal may be viewed at: