Things that are NOT going to be in V1.33

By Litjan,
December 7, 2015 in General Discussion

Updated July 2020, Version 1.33 Hi everyone. While it seems to be the economically "smart" thing to do to NOT talk about the shortcomings of your product (and then sometimes to just ignore t

I have updated the list in post no. 1 of this thread to todays status. While mostly removing things, I had to add that the PROGRESS page didn´t quite make it into 1.0. I also considered adding: 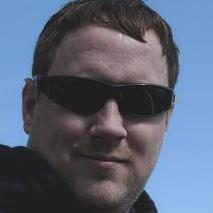