Hello, Captains!,   Today we are pleased to announce the release of the Saab 340A! After more than three years and endless hours of testing, researching, and creating, we are happy this day has fina 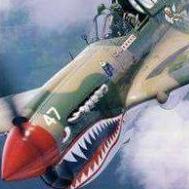