IXEG please, PLEASE give us a VNAV system! 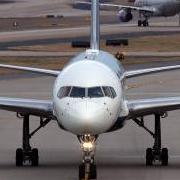 By Capt.Stanford,
June 6, 2019 in General Discussion